Do you have to pack a lot of computers, entertainment system components, or other electronics? Some of them may be dense or bulky boxes full of components that can take a beating, but many devices have internal components that shake around enough to crack and tear. Unfortunately, adding padding to the outside of these devices won't stop all of the internal damage, but a few electronics details can help you understand the problem while packing your belongings safer.

It's Not So Solid Inside

Many electronics are deceptively fragile. Unless you're a hobbyist, tinkerer, technician, or tech designer, you probably don't know what's inside most of your electronics. Some people may have a vague idea of the circuit boards and wires, but the specific dangers are hidden.

For computers specifically, the way that certain components are mounted provides the biggest danger. Circuit boards are made of a resin-like plastic board that can be as brittle as thin wood, and with enough downward force, they can crack near the screws. This can be mitigated by having board bolts/screws with dampeners or cushioning attachments, but that's not a normal feature.

Computers also have expansion cards such as video/graphics cards or sound cards that stick out from the main board--the motherboard--like a diving board. If your moving truck shakes enough, the boards can crack at their thin connection, rendering at least one expensive component useless. The cost to repair that physical damage is pretty much the cost of buying a new card.

Many electronic devices houses in solid shells or cases have similar issues. If there aren't cards sticking out of a board, there's still the issue of shaking around on the bolts or vibrating in dangerous areas. The least expensive damage is actually cracking the case, which is a much easier risk to avoid.

Some devices are easier to protect than others when it comes to shock and vibration damage. With desktop computers, you can hire any tech-savvy teen to take out expansion cards as long as they wear an anti-static wrist strap and place the component in an anti-static bag, but you'll need to order these bags ahead of time or ask a moving company to provide anti-static storage.

For smaller devices, opening up the device and securing the internal components is more work than it's worth--and with the less common devices, unless you're hiring the actual designers or engineers behind the device's creation, you're not going to improve safety by much.

Instead, place your electronics in padded boxes with shock absorbers. Bubble wrap and packing peanuts are not sufficient; shock-absorbing storage options will fit snugly around the device and protect the device in at least a spring-loaded level of impact absorption. 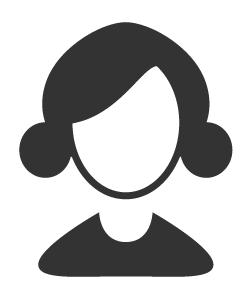 If you are like most people, you might crave adventure like me. I absolutely love getting out there, trying new things, and really exploring my surroundings, but I was starting to realize that the place where I was at in my life wasn't offering those kinds of opportunities. I wanted to make things a little better, so I began working hard to see if there was a way that I could relocate to a new place. It was fun to see how things opened up for me, and before I knew it, I was someplace new trying new things. Check out this blog for great information about moving to a new place.